Starting from 2007, the Institute has inquired into a new area of research and advocacy on disability. With a grant from The Ford Foundation, ISDS undertook the first large scale survey on disability in Vietnam at high prevalence provinces. Amongst groups of people with disabilities (PWDs), people whose disabilities were likely caused by Agent Orange/Dioxin, were particularly concerned. The survey shows strong evidence of social stigma and discrimination (S&D) against PWDs which is the major obstacle to their integration into the mainstream of society, thus worsening their already disadvantaged socioeconomic status.

In 2010-2011 with funding from Ausaid, ISDS has undertaken a three-year research and advocacy project to estimate the costs of disability and disability-related stigma against PWDs. The project involves professionals from Hanoi Medical University, the Population, Health and Development Institute (PHAD), organizations of PWDs and the Institute for Public Opinion Survey of the Communist Party.

As a follow-up, from 2008, ISDS has initiated a new project, funded by The Ford Foundation, aiming at advocacy and building capacity for organizations in their work to reduce S&D against PWDs. For this effort, the Institute collaborates with the Vietnam Fatherland Front, the country’s largest mass organization, and the Central Commission of Education and Communication of the Vietnam Communist Party.

The major activities of the project included the development of the toolkit to guide action for reducing stigma against people with disabilities and building up capacity for organisations and individuals working with PWDs.

The toolkit was used to develop training and sensitization workshops at national, provincial and community levels in 4 provinces including Thai Binh, Dong Nai, Quang Nam and Da Nang.

Through research, the development of the toolkit and the series of training, ISDS has become the pioneer in Vietnam in raising awareness of and addressing stigma and discrimination against people with disabilities in Vietnam. The toolkit and training are unique in terms of the ways the issues of stigma against PWD raised and discussed. The participants of the training and workshops highly valued the knowledge and skills they were provided and proposed to expand the activities to other areas of Vietnam.

A guideline for information, education and communication activities in reducing stigma and discrimination against PWDs has been developed by the Commission for Education and Communication. The Guideline was disseminated nationally. 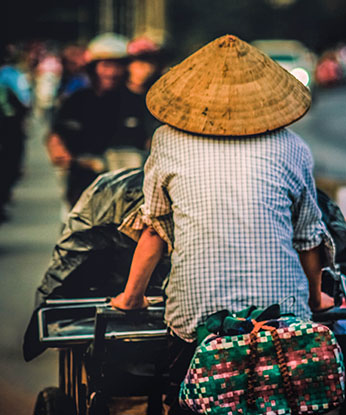 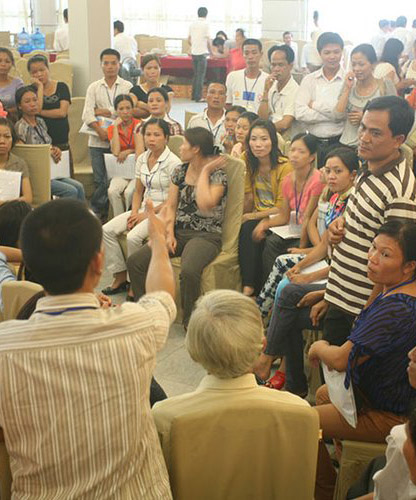